Oh, Michael Fassbender! Where have you been hiding?! It’s astounding that mainstream Hollywood has taken so long to notice the half-German, half-Irish actor who commands the screen with his magnetic physicality and deeply affecting portrayals of everyone from hunger striker Bobby Sands (Hunger) to Swiss psychiatrist Carl Jung (A Dangerous Method).

Fassbender is currently making waves at the Venice Film Festival, where his interpretation of Jung in director David Cronenberg’s A Dangerous Method has drawn widespread praise from critics and the foreign press. There’s even been talk of an Oscar nomination – for him and possibly his co-star Keira Knightley, whose troubled Sabina Spielrein is the woman who comes between Jung and his mentor Sigmund Freud, played by Viggo Mortensen (complete with a prosthetic nose and brown contact lenses) in Cronenberg’s intense new drama.

Fassbender’s other Venice showpiece is Shame, helmed by British filmmaker Steve McQueen. This dark analysis of one man’s sexual addiction in modern-day New York has divided audiences, not least of all because of the graphic sexual encounters between the protagonist and a host of partners. Fassbender has played down his full-frontal scenes, but they are almost certain to cause headaches when the film is rated for cinema audiences. You’ll have to be 17 to see this one, I’m sure! In Shame, Fassbender bared his body, but in the latest retelling of Jane Eyre, he is baring his soul as the tortured, Byronic hero Edward Fairfax Rochester opposite Mia Wasikowska as the titular character – a governess who falls in love with her employer.

Charlotte Bronte’s novel has inspired several movies, but the only one I’d seen prior to this new version from Cary Fukunaga (Sin Nombre) was the 1996 offering from Franco Zeffirelli with Charlotte Gainsbourg and William Hurt in the lead roles. It was beautifully filmed, but a little stiff for my liking, and Hurt’s Rochester never really got under my skin. Fassbender, on the other hand, has burrowed his way in, and is capable of conveying the lord of the manor’s anger, torment, intelligence, wit, humour and simmering sexuality with just one look. Not many actors can do that. Viggo Mortensen can (and does, often, with those tortured baby blues). Daniel Day-Lewis can, too. There’s something to be said for these method men – they know how to communicate with everything at their disposal, especially their own bodies.

Fans of the novel will notice immediately that Fukunaga has taken a different direction for his Jane Eyre. First and foremost, the film opens with Jane fleeing Thornfield Hall under mysterious circumstances. She runs across the moors, through the driving rain, and is found by the missionary St John Rivers (a grown-up Jamie Bell, who, despite the facial hair, still looks like Billy Elliot) and his sisters. She recovers there, and we learn of her difficult childhood with a terrible aunt and the stringent educators at the boarding school she was sent to. The flashbacks paint a clear picture of Jane as a pious, forthright young woman who emerges stronger after her many ordeals early in life. But it is when she accepts the job of governess to the ward of Edward Rochester that her journey of self-discovery – and love – really begins.

Mia Wasikowska is beautiful, in an otherworldly way, and delivers a singular performance as Jane. She’s a trained dancer and carries herself with graceful authority throughout the film, infusing her character with the brains and benevolence that have endeared her to readers since Bronte’s novel was first published. She also has great chemistry with Fassbender, and the bond that grows between Jane and Rochester is conveyed beautifully – thanks, in part, to cinematographer Adriano Goldman’s perfect framing and composer Dario Marianelli’s haunting score (I bought the soundtrack just for his seamless union of the piano and the violin in the film’s main love them).

The relationship between Rochester and Jane has always been – for me, at least – one of the most enduring love stories in classic literature. Rochester is a troubled soul with a shady past and when readers are introduced to him for the first time, there’s not much to like. He’s abrupt, surly, depressed and thoroughly at odds with the world – a bad boy for 1847, if you like. Fassbender sums it up in the film when he tells Jane: “When I was your age, fate dealt me a blow. And since happiness is denied me, I have a right to get pleasure in its stead. And I will get it – cost what it may.”

As Jane spends more time with him, and unknowingly chips away at his cool exterior with her openness and honesty, Rochester begins to see past her “plain” looks and comes to realise that she is indeed his intellectual equal as well as his inspiration, in a way, to change. But they are both trapped – he by a dark secret which he cannot reveal to her, and she by her very station in life. And despite their mutual affection, they have to make a choice in the name of love and honour. Their choices, and the circumstances surrounding them, make for some very interesting viewing. And Fassbender and Wasikowska are utterly compelling to watch. 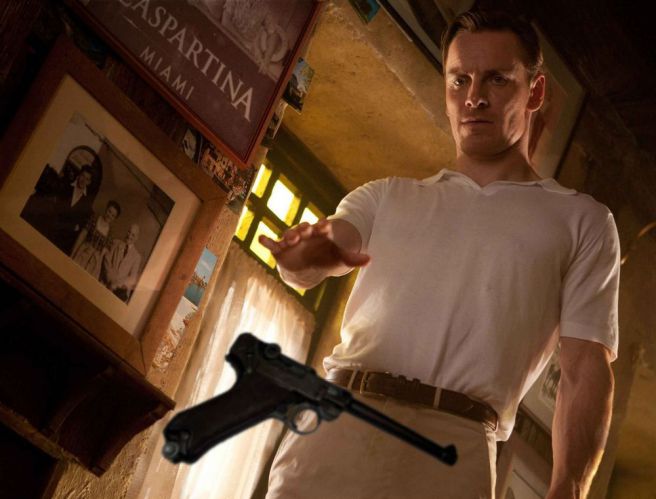 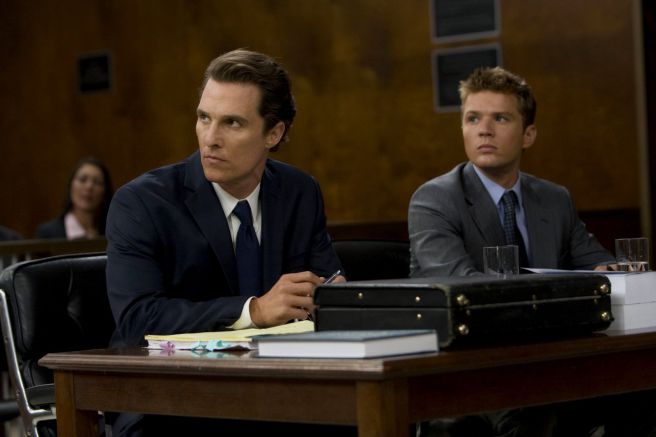